The Best of Barj Music 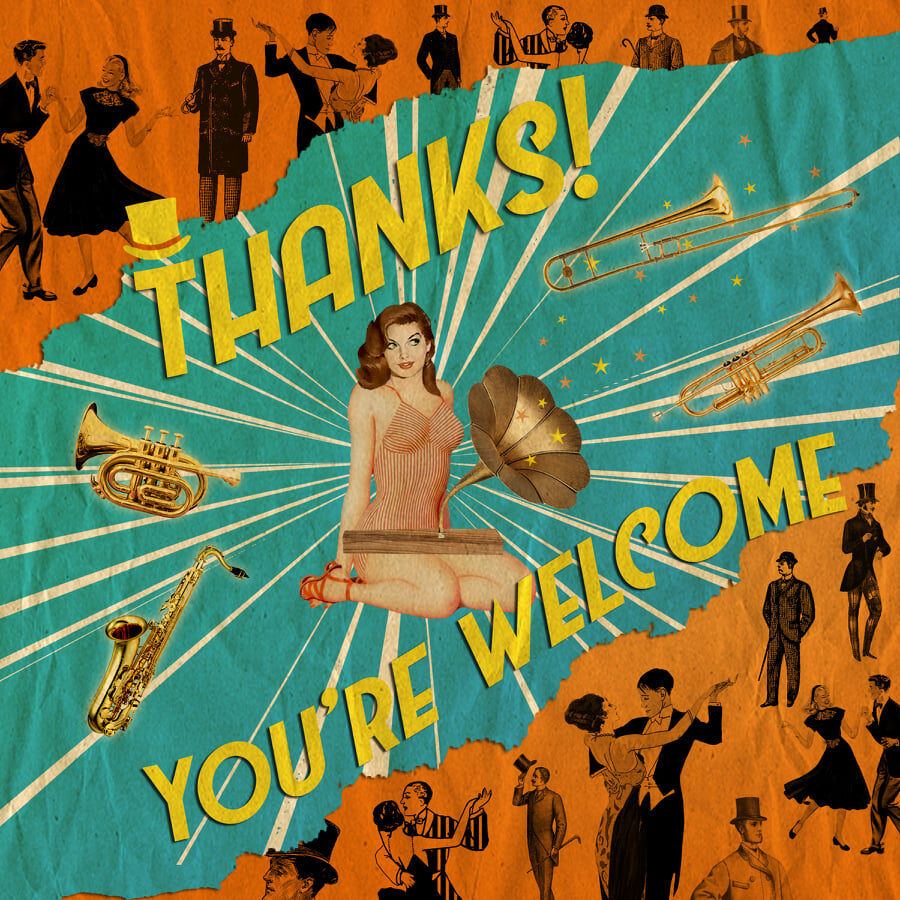 Saratoga Springs, NY – The band Thanks! is pleased to announce the release of their
first full-length project. “You’re Welcome” is set to be released on July 15th, 2022 on all
streaming platforms. The album features 14 original songs from the group.
Blending influences of blues, alternative, rock and jazz, Thanks! set out to create a
project that helped to define their sound. The album is a mix of fun, upbeat jams to sad,
pensive overtures that take you on a journey of life, love and imagination. Thanks! aims
to create songs for any mood or feeling as they try to connect with audiences of all
ages.

The album includes the radio singles “I Choose You” and “Gimme A Break.” In
preparation of the album’s release, Thanks! will be dropping another single, “How Bout
You” on Friday, 7/8 to give listeners another taste of what’s to come on the full length
record.

Thanks! has also lined up a tour around the regional area. They have played the first
quarter of the tour already, including stops in New Jersey, Manhattan and Vermont.
The second part of the tour features an album release party on 8/7 at Putnam Place
with What? The Band and one more band TBA. A stop at Argyle Brewing Company in
Cambridge, NY on 8/16. Their first festival appearance at the Lake George BBQ &
Music Festival on 8/19. A show at ONCO Brewing Company near Syracuse on 8/27,
Saratoga Winery on 9/9 and BarVino in North Creek, NY on 10/26. Other dates still
TBA.

The band is also releasing a new merch line with the new album branding. Fans and
listeners can purchase five newly designed t-shirts, a baseball cap and a beanie from
the band on their website at www.thebandthanks.com.
Thanks! is incredibly excited for the opportunity to release their music to the world.

“We spent a lot of hours developing these songs into everything we hoped they could
be,” Andrew Grella, lead singer said. “We hope everyone enjoys these as much as we
enjoyed creating them. They are some of my favorite songs we have made to this day.”

“We are so excited to see this album come to fruition after all their hard work,
dedication, and inspiration to bring these songs to light.” Thanks! has a special vibe
and we look forward to seeing the band get out on the road and really rocking this new
album! Michelle Moyer, Perpetual Vibes.

The band recorded the project at White Lake Music and Post in Colonie, NY. The album
was engineered, mixed and mastered by Brett Portzer. The horn players on the record
are Haley Duraski on trumpet, Scott Chatfield on tenor sax, Adam Myers on trombone,
and Mallorie Meyer on French Horn. Andrew Grella is the lead singer, saxophonist and
rhythm piano/organ player. Andrew DeWolf is the bassist and also performs backup
vocals. Ben “Chunk” Martin plays drums and performs backup vocals.
Enjoy “You’re Welcome”, the first full-length project from the band Thanks!